Request for Protest: A Troupe Forged in Booze, Kale, and Songs About Rumpelstilskin

Request for Protest in action at The Unified Scene Theater

Request for Protest : Pat Bragan, Mary Canter, Scott Hopmann, Emily Markle, Brandon McTavish, and Chris Rampolla. Character-driven and full of quirk, RFP’s improv comedy shows could be compared to a string of feral ponies high-stepping across the not-so-nice-end of the beach: a little unruly and a lot of fun, even with the strong likelihood of strolling over a used syringe. Since meeting in a DC Improv class in the winter of ’15, RFP has been taking DC’s improv scene by storm, playing several of the District’s mainstay comedy stages including: The Unified Scene Theater, DC Improv, ShawnMikael(s) in CoHi (Studio 1469), Improvapalooza (Source Theater), and The DC Arts Center.

Of course, that’s not the only reason we love them. They’re brilliantly, hilariously funny, possessing a palpable chemistry and trust that few improv troupes ever achieve, no matter how often they rehearse or practice. That’s why they’re so much fun to watch: because they are indeed having fun, enjoying each other’s company. And that’s why their monthly show routinely sells out. We sat down with four of their members – Mary Canter, Scott Hopmann, Emily Markle, and Chris Rampolla – to get to know them better. So you could get to know them better. And you should. And you should come see them at their next show.

How did you all get together? Where/how did you meet, etc. And, more importantly, what do you think contributes to your obvious group chemistry? And that name: where’d that come from?

Mary: Most of us met in in an improve class at The DC Improv around the end of January 2015; we picked up Pat in another class not long after that. Chemistry is tough to explain. I think we all initially recognized that we were similarly weird, the same stuff made us laugh. Getting together was pretty much a no-brainer. Keeping the magic alive though, that’s the tricky part. RFP likes sensual massage and butt loads of Rose.

Emily: Mary, Brandon and I were sitting at Mackey’s one night and the name Request for Protest just came up. I honestly don’t remember what we were talking about, but it stuck. Not sure everyone was in love with it in the beginning but to me it sounds like the name of some really shitty, punk band which I think is fitting for us. Minus the shitty part.

Chris: Chemistry can’t be taught. That’s what my old Chemistry professor used to tell me. He was a terrible teacher. However, in improv, either you have it or you don’t, and we have it. As far as the name is concerned we thought, “what would be a funny name for an improv troupe,” and then we picked the opposite of that.

How would you describe your particular troupe “style” or format?

Chris: A long-form hybrid, we tend toward the absurd without prompting. Our humor can be dark, with character driven scenes that are “quirky.” We have no idea what we’re doing.

Mary: As snow, rain and wind move down across the pristine splendor of the Adirondack Mountains, so begins the transformative journey of what will become crystal clear sparkling comoedia.

Emily: We used to describe ourselves as a pack of wild ponies and I still think that fits.

Scott: Classical with a mix of Gangnam.

Emily: My favorite memory from The Charleston Comedy Festival thus far is when Scott and I, hereby referred to as the 24 year olds, were taking care of Momma and Poppa RFP members, Mary and Brandon. Those two partied like no other and at the end of the night, the 24yearolds had to tuck our lil elders into their beds. Also, Mary, who typically eats vegan fair, consumed a whole Cheesesteak.

Mary: Hoovering a chili-cheesesteak on the streets of Charleston, SC after consuming a butt-load of Rose was pretty fun.

Scott: Smoking cheap cigars with Brandon aka Mister McTavish each night in Charleston and waking up with a phlegm-based cough.

Who are your improv comedy influences/idols/heroes? Who or what made you want to do this yourselves?

Mary: Oh man, so many. I have to give props where they are due—if not for some SUPER talented folks right here in DC, I wouldn’t even have an inkling that this improv stuff was possible. I remember going to my first ShawnMikael(s) show and thinking, “Wow. I wanna do THAT. How do I do that?” And I’m continually WOWed and inspired by DC players. Also, the magic of a good show is the highest of highs–accomplishing it with people who are literally some of the funniest people you’ve ever met is such a privilege.

Rumor has it that you guys might be working on a sketch show. Is that the case? If not, what’s next for Request for Protest?

Emily: I think one of our 2016 New Years Resolutions is to get more sketches on the web and hopefully put together a sketch show. That’s definitely something we’re all interested in and we have a lot of ideas floating around just gotta hunker down and do them. 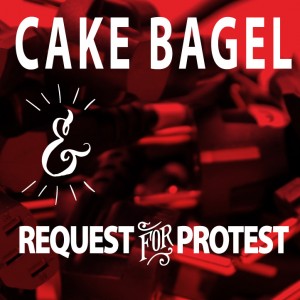 Want to see RforP’s next show? Buy tickets by clicking above. Act fast, though: only 15 left!

Chris: Everyone in the group is individually very funny, so there have been a lot of great ideas floating around for skits, sketches, videos, and podcasts. RFP will be branching out in some interesting directions this year, but first we need to really concentrate our efforts on just one thing at a time. This sort of sounds like we’re breaking up with you. Sorry.

What are your thoughts about having found a home at TUS? What is it about the space, or its community, that makes it unique?

Mary: Thoughts about having found a home at TUS? Allow me to share some excerpts from a team email upon being invited to join the TUS family:

“I’m tearing up a lil. This is awesome. We gotta celebrate!!!”

“Guys this is AMAZING.”

“I am so so proud to be in this group. You are all super talent and challenge me to be my best. I also have never had so much fun in my life.”

So, yea. I’d say RFP is pleased as punch to call TUS home sweet home. We feel incredibly lucky to be supported by Uncle Shawn and Aunt Kathy. With them it’s easy to follow the fear, do more of what’s weird, chase bliss. What a special gift that is and—SECRET—they want to share it with everyone. Really. TUS rocks because Team Westfall rocks.

What are your pre-show rituals? Do you get nervous before a show?

Emily: Pre-show everyone but me will take a PSP (pre-show poop.) Then we will each chug a beer while we sing various made up songs. One of our classics is “Tell Me About Your Cousin Rumpelstiltskin.” If we don’t move forward with the sketch show, we’re definitely going to be releasing an improviser’s warm up CD so be on the lookout for that.