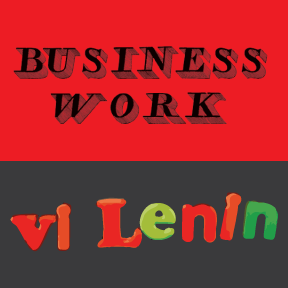 That one drunk uncle you have tried to warn you: “Those damned Commie-New Yorkers Are Taking Over!” And when it comes to The Unified Scene Theater, he was right: we’re sewing the seeds of our own revolution by combining Business Work, a troupe made of mainstays from New York’s legendary Upright Citizens Brigade Theater, with VI Lenin, a DC troupe determined to overthrow the improv status quo. Come watch this improv dialectic play out itself out — and laugh your ass off in the process.

Business Work is a comedy group comprised of performers from the Upright Citizens Brigade Theatre in New York City. Their web series of the same name was chosen by Splitsider as one of the top 5 web series of 2014, and was listed by Entertainment Weekly as one of the 6 online comedy series that should be on TV. They perform improv regularly around NYC and have also performed at the Steelstacks Comedy Festival 2015. Their improv shows are physical, absurd, and involve a lot of group scenes.